The Busy B’s Square Dance Club originated with Ed and Lois White who discovered square dancing while vacationing in Arizona on a retirement trip in 1990.  Ed was a retired RCA manager and he and his wife, former ballroom dancers, pursued square dance lessons when they returned home and graduated in 1992.  One of the places where they practiced their dance steps was at the Glassboro Senior Center under caller Ray Kauffman.  Ed soon  became such an enthusiastic advocate of square dancing that he decided to organize a square dance club for South Jersey singles of college age and older.  This club eventually became known as the “Busy B’s”.

The next item for consideration was to locate a hall for dancing.  Marilyn Baker who was the Assistant Director at the Senior Center had befriended Ed.  When planning a trip for seniors, she asked Ed to make some country tapes to play on the bus.  Ed obliged and she was extremely pleased with the results.  As it turned out, Marilyn Baker was married to the pastor of the United Church of Christ in Glassboro and at her suggestion, Ed wrote a letter to the trustees of the church requesting permission to use the church hall for the square dance club. Dick Crossthwait and the trustees of the church granted permission to use their facility beginning on February 9, 1994.  Eventually, Dick and his wife Betty also joined the Busy B’s.  The club danced at that facility until 2000.  When Ray Kauffman was no longer available to be the club’s caller, Ed called on Bob Gaunt to be the club caller and teacher.
On January 5, 1994, the Courier Post featured an article on Ed and square dancing in which the author Al Klimcke quoted Ed as saying that “one of the best ways to have fun and meet friendly people is to ‘do-si-do their partners, allemande left and promenade down the line’.  In square dancing by the end of the evening you’ve touched hands and socialized with everyone in the room.  Square dancing is for fun, not competition.  All you have to do is walk to the beat of the music. If you can walk, you can square dance.  It’s a very wholesome activity.”
​
Ed White served as first President of the Busy B’s for about two years.  Anita Harris was subsequently elected President. The club continues to be active today.
​ 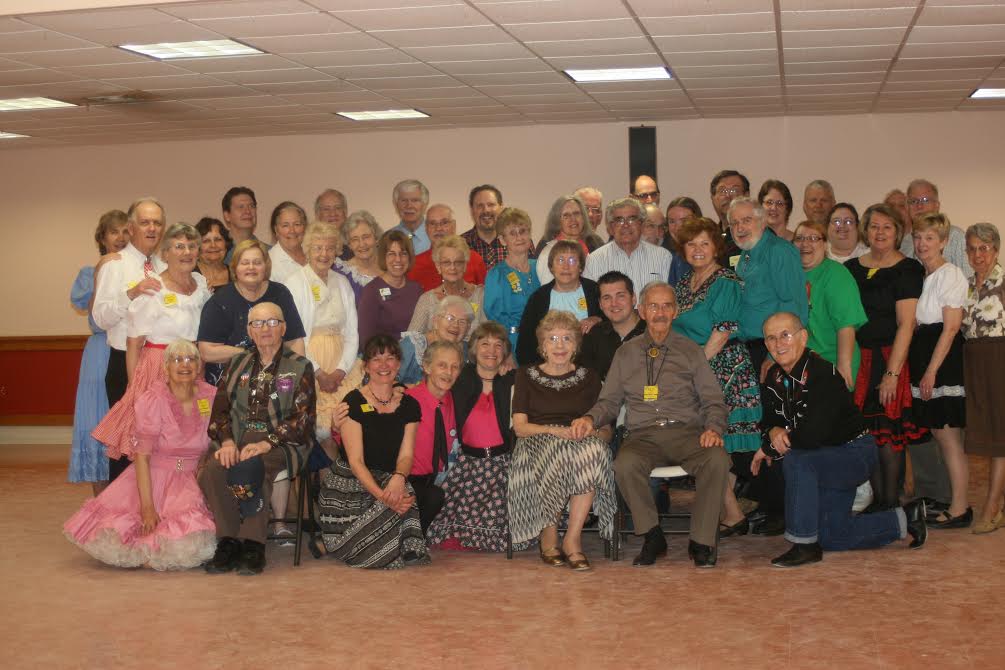